Prime corner at U.S. 75 and Rayburn Tollway is planned for $1 billion in development.

(June 2, 2021) – One of North Texas’ best-known and most successful developers has landed what has to be the prime development site along U.S. Highway 75. Billingsley Co. has bought the 238-acre southwest corner of U.S. 75 and State Highway 121 in Allen. The vacant tract was sold by Houston-based Howard Hughes Corp., which had planned a $1 billion mixed-use project called Monarch City for the site.

Early last year, Hughes put the high-profile property up for sale. Billingsley Co., which developed the Cypress Waters and Austin Ranch projects north of Dallas, snapped the corner up. Billingsley Co. already owns the 242 acres across the street on U.S. 75 in Fairview.

“We are thrilled about the purchase,” said developer Lucy Billingsley. “Success is assured with the growth at these two major roads.” Before deciding to sell the property, Hughes obtained zoning from Allen for 10 million square feet of office, residential, retail and hospitality construction. “You’ve got 4,000 multifamily units that can be built there and as much office as you can,” Billingsley said. “The timing is certainly right for it.”

Billingsley Co.’s hugely successful Cypress Waters project northwest of Dallas has offices for more than 11,000 workers and includes thousands of apartments and retail on North Lake. Its Austin Ranch development is west of the Dallas North Tollway in Plano, Carrollton and The Colony and includes offices, apartments, residential and retail.

Attracting business tenants to the just-purchased Allen corner is going to be one of Billingsley’s focuses.

“The office building market — particularly this intersection — we think is going to be fairly significant,” said Billingsley Co. partner Lucy Burns. “It’s clearly going to be many million square feet of offices — taller and more significant than offices elsewhere on Highway 121. “We are very excited to work with the city of Allen,” she said. “They are great partners.”

Allen has focused on attracting office-using businesses to the city, and the corner of U.S. 75 that Billingsley Co. just purchased is one of the largest office sites in the city. Activity is already booming in Allen, with several new office projects on the way. But none of the planned developments is as large as the Billingsley tract.

“This is our crown jewel,” said Dan Bowman, executive director of the Allen Economic Development Corp. “I think it’s the best undeveloped corner in northern D-FW. “I rest easier knowing it’s in the hands of someone capable,” he said. “They are Dallas-based developers that have proven they can do this type of development.”

Howard Hughes Corp. acquired the property called Allentowne in 2006 in a transaction with shopping mall developer General Growth. Back in the 1980s, developers planned a regional shopping center on the busy corner, and it once was occupied by a small outlet mall. Last October, Hughes Corp listed the Allen site for sale with commercial real estate firm JLL as part of a plan to sell $2 billion worth of property in a restructuring that included new management. In 2019, the real estate firm carried the property on its books with a value of more than $25 million.

Most of the property is heavily wooded. “There is some real rich natural beauty to the site,” said Billingsley Co. partner Sumner Billingsley. “There is an abundance and variety of trees, and there is a creek. “There are amenities you can’t go out and buy.” 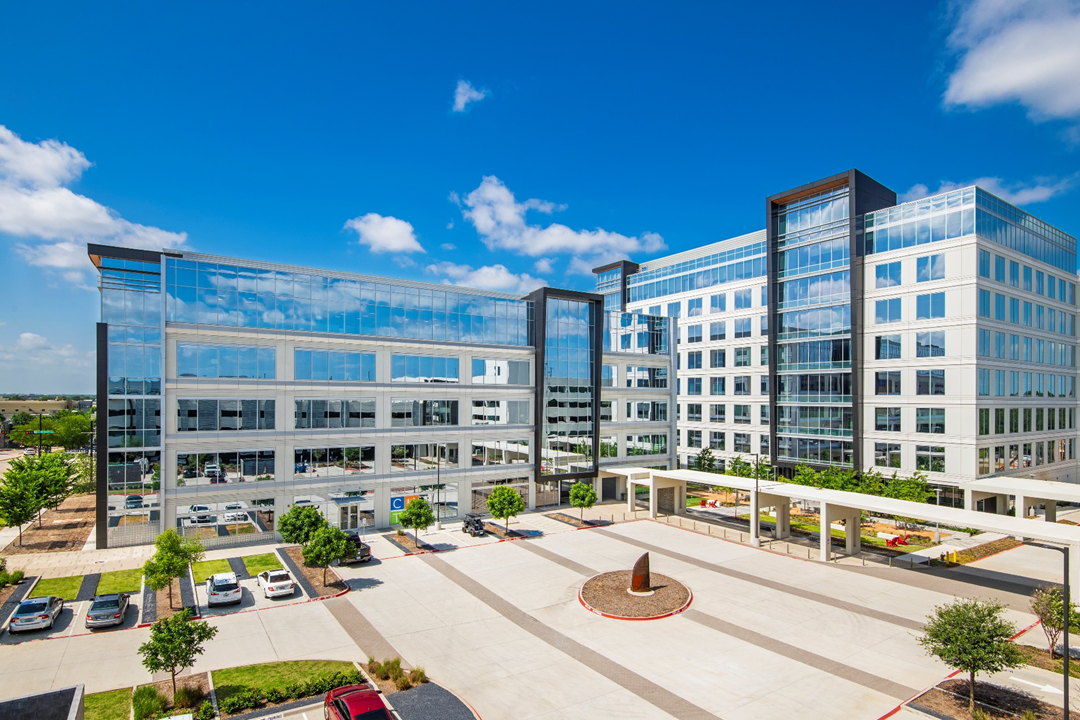